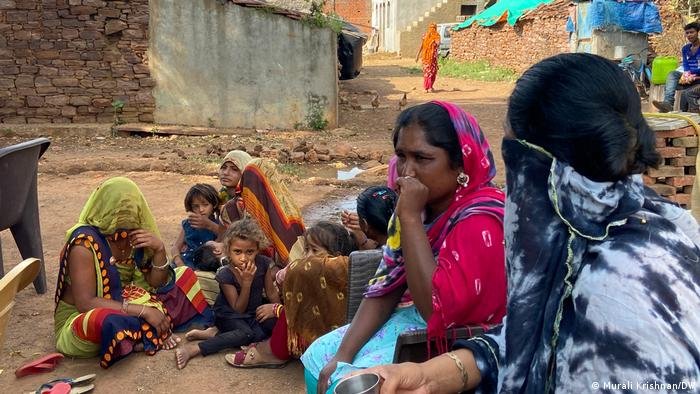 From rag-picking to community empowerment!

Most youngsters have been reprimanded in childhood for leaving home for playing, without telling anyone but rarely does one gets pulled up by parents for leaving home without telling them to help others. Devi Rani is one such example; who decided to help people not only from her community since she was a kid, but also everyone who came her way seeking help.

Meet 36-year-old Devi Rani, who is the Pradhan of Bangla Colony, Amritsar that houses rag pickers and cleaning personnel knows as ‘Safai Sathis.’ She always had the urge to help her fellow workers and dwellers. Her consistent effort has paid off as she today heads six Self Help Groups (SHGs) under UNDP India & Coca Cola India Foundation (Anandana) project on Plastic Waste Management and Livelihood Generation, with FINISH Society being the implementation partner.

One of the SHGs named ‘Komal SHG’, that works on organic composting and waste management has brought a transformational change in the lives of these women whose only source of income was rag-picking. Today, they prepare organic compost and sell it door to door for an additional income. Another SHG name ‘Ranju’ executed the wonderful job of preparing organic gulal and selling it during Holi. They created an SHG for men too called ‘Lucky SHG’ that deals with plastic segregation and management. Devi Rani sounds elated while speaking about the work her own SHG (Devi Rani SHG) and other SHGs are doing well under her tutelage. She added that FINISH society also provided them with cloths using which they made cloth bags as a message to stop using single use plastic. The cloth pieces have been used to make masks as well. Not just this, they are involved in making paper bags and eco-friendly bags too.

She says, “Whatever work we did, we were always addressed as ‘Kachra Wala/Wali’ or rag-picker but now people see us in a different light. I am working in this field since years but the platform provided by UNDP and FINISH has given us a different level of recognition and respect.” Talking about the project she says that initially she wasn’t ready to take this up but after being motivated by one of the FINISH representatives, she agreed and is happy she took this decision. She adds, “Initially no one including my husband was ready to be a part of the project saying many people have come before and nothing much has been done but I motivated them to show trust in UNDP’s project and FINISH Society and I am happy that I was right as my co-workers feel empowered now.”

It is during these projects that we come across stories of determination and grit which we want to share to inspire others and Devi Rani’s story is one such example. Devi Rani, wanted to learn nursing as she always wanted to serve people but due to difficult circumstances, she couldn’t pursue her education beyond class twelve. Her mother died when she was barely six and her father who had come to Amritsar from West Bengal decades back had to take care of five other children too. Initially, their livelihood depended on borrowed household items but later he started making glass idols for a living. However, due to the six mouths, Devi Rani’s education had to be stopped but two of her teachers sponsored her education as she excelled in school and got a jump of two classes as well.

Devi Rani started rag-picking at the age 12 seeing other girls do it but she wasn’t satisfied and couldn’t earn much so she started working with an NGO in her early teens and taught street children in the evening.

Although she tried doing whatever she could to make both ends meet, she also assisted people out of goodwill and helped them with doctor visits at the PHC in her colony.

She could not study beyond plus two as she was married at the age of 16 due to her father’s advancing years and dependability but she was fortunate to have a supporting husband who motivated her to keep up the good work. So much so that immediately after her marriage she took a stand for a fellow worker when no one came forward. She says, “One of our neighbors was molested by a man but no one supported her. I motivated everyone to come forward and we lodged a complaint following which the culprit was arrested.”

It was at this point in time that Devi Rani started her own organisation called Shiva Navjeevan Sewak Sabha Society. Before joining the project, she helped in building a ‘Dharamshala’ in one of the temples near her colony for those in need.

Devi Rani’s story speaks of her determination and the efforts put forth by UNDP and FINISH Society to not only empower women and rag-pickers but create a positive effect on the environment too.