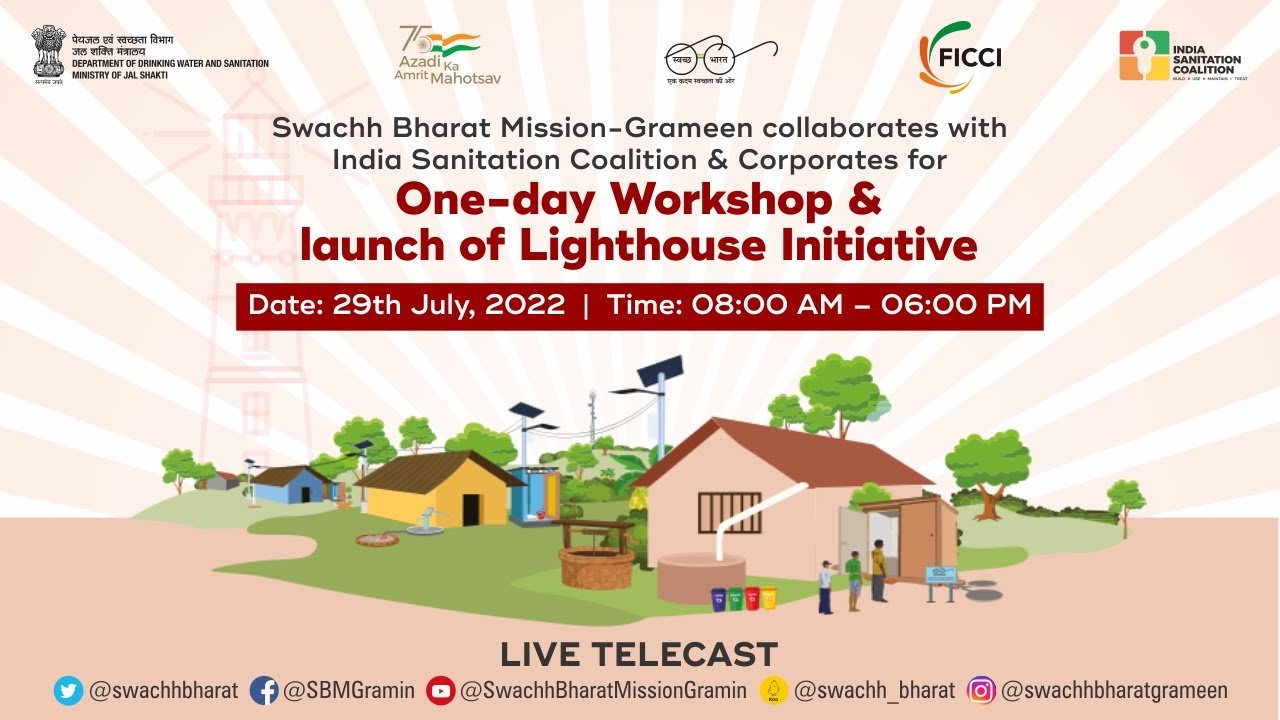 A unique public private partnership under the name of “Lighthouse Initiative” was launched by the Department of Drinking Water and Sanitation (DDWS), Ministry of Jal Shakti, Government of India, in collaboration with India Sanitation Coalition (ISC) at FICCI (Federation of Indian Chamber Commerce and Industry), in New Delhi on July 29, 2022.

To celebrate and commemorate 75 years of Independence, under the Azadi Ka Amrit Mahotsav, Light house initiative was launched with the idea to create 75 model blocks which will cover all aspects of ODF plus and will serve as learning hub for providing guidance and inspiration to other villages to achieve ODF plus status at scale.

Several rounds of digital meetings were held among the key stakeholders, as a result some key players of sanitation sector were invited to be a part of this mission launch on 29 July like – WaterAid, Centre for Environment Planning &amp; Technology (CEPT), Aga Khan Foundation, FINISH
Society, etc.

The keynote address was delivered by Smt. Vini Mahajan, Secretary DDWS, who in her speech she urged corporate sector partners to come forward and contribute their time, energy and commitment to bring about transformative change. Sh. Sunil Kumar, Secretary, Ministry of Panchayati Raj, Government of India mentioned that creating 75 model blocks will require different models and strategies along with creating awareness among different stakeholders to make it sustainable. Another distinguished speaker was Sh. Arun Baroka, Special Secretary, Department of
Drinking Water and Sanitation, Ministry of Jal Shakti, Government of India emphasised on Government of India’s commitment to improve the quality of life of rural people and of its working paradigm – ‘Sabka Saath, Sabka Vikas and Sabka Prayas.’ He also talked about bringing to the table,
private sector collaboration for scale, speed, sustainability of investments and benefits. Ms Naina Lal Kidwai, Chair, India Sanitation Coalition reminded the audience how collaborations of government, grassroot organisations and corporates have led to sustainable and highly successful outcomes in water and sanitation sector and the same need to be replicated across the country.